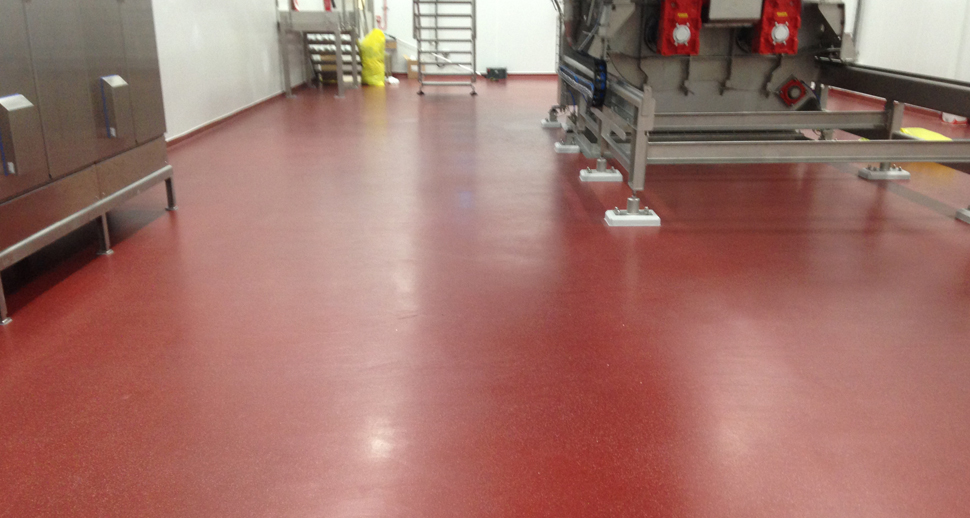 Danone Nutricia has continued to invest heavily in its infant milk formula operations. The Cork and Wexford based manufacturing facilities have experienced substantial growth, particularly in the last 5 years.

Project Rhea commenced during 2011 in the Macroom site. Danone appointed FloorTech® as their resident flooring partner for this new state of the art facility. The primary activity in this plant is producing the base powder that goes into every Danone baby-nutrition formula. It was imperative to Danone that a sterile and safe environment was created. Trazcon® Décor was the ideal PMMA flooring solution because of its unrivalled hygienic properties and resistance to chemicals and abrasions.

Given the superb performance of the Trazcon® system in both manufacturing facilities, FloorTech® were the clear favourites when Danone announced Project Centum in 2014. The project involved adding a third processing and packing line, the construction of a major warehouse and facilities extension. With its one hour cure time, our Trazcon® resin systems greatly contributed to keeping the building programme on schedule.

Having established ourselves as Danone’s PMMA flooring partner, we were awarded the flooring contract for Project Quattro in 2016.

Please provide as much detail as possible about your specific needs & a member of our UK team will be in touch.

We do not install domestic flooring.